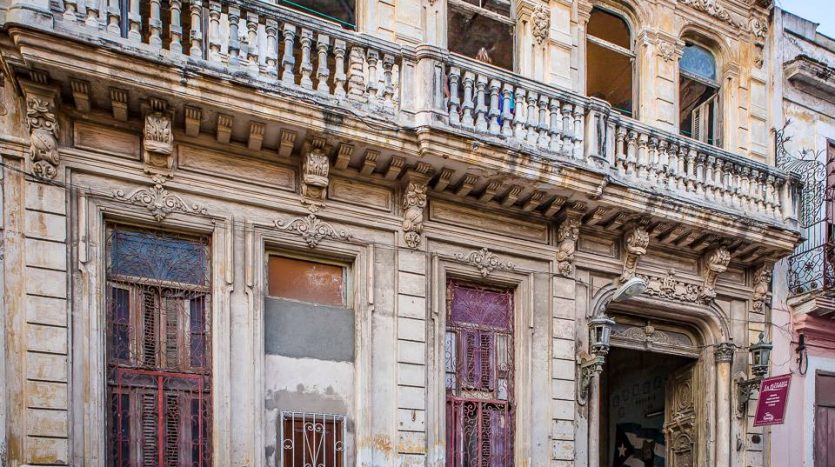 Shortly after the announcement last week of thawed relations between the U.S. and Cuba, the head of acquisitions at Miami-based Fortune International Realty emailed Chief Executive Officer Edgardo Defortuna with plans to investigate any changes to property ownership on the island. “There is a long way to real estate development by U.S. companies,” Defortuna, whose company builds condominiums and hotels in south Florida, said in an interview. “However, the natural beauty of the area, the great climate, the Latin flavor and the fact that there has not been any significant real estate development in the area for over 50 years make a case for starting to study the possible scenarios.” President Barack Obama’s move to end a half-century-long estrangement with Cuba raises the prospect that American developers and hotel operators such as Marriott International and Hilton Worldwide Holdings may be able to enter the tourism-rich market only 90 miles from Florida’s coast. To do so, they face a long road of navigating an area with unclear property laws and government control, making it likely they will proceed with caution. Greater transparency about real estate laws, a banking infrastructure and a system of title insurance are needed before U.S. investors will be attracted to Cuba, said Gregory Rumpel, a Miami-based managing director at Jones Lang LaSalle Inc.’s hotels group. On the flip side, the island’s proximity to the U.S., one of the world’s largest consumer markets, will be a big draw, he said. “When the travel ban is lifted, there is going to be a tremendous push to go,” Rumpel said. “This is a nation that has a great colonial history. But it also has mountains, rivers, infrastructure.”

Tourist arrivals to Cuba rose almost 12 percent year-over- year in October to 187,311 visitors, according to the Cuban National Statistics Office. About 2.9 million tourists visited the island in 2013, according to the office. Almost one-third of them came from Canada. Cuba, the second-most visited Caribbean country behind the Dominican Republic, according to a mid-year review of the region, has about 200 hotels with a total of 35,000 to 38,000 hotel rooms, Rumpel said.

Foreign investment is dominated by Canadians and Europeans, he said, with Spain’s Melia Hotels International, Barcelo Hotels & Resorts and Novotel Hotels among the top operators. U.S. hotel operators are better poised to enter the market than developers seeking to build, said Eddy Arriola, chairman of Apollo Bank, a Miami-based lender for real estate projects. “The companies that are there now are the hotel operators that run a business,” he said. “U.S. developers will have a much more difficult time because the major land owner is the Cuban government.” Marriott expects to open hotels in Cuba when permitted by the U.S. government, said Arne Sorenson, CEO of the Bethesda, Md.-based company. “Cuba was once a compelling Caribbean destination for Americans,” Sorenson said in a statement. “It is still popular for travelers from many countries in the Americas and Europe.

We expect it will again be a popular destination for American travelers when travel restrictions are lifted.” Hilton, the world’s largest hotel chain by market value, is open to expanding on the island if an agreement is reached with the U.S., Aaron Radelet, a spokesman for the McLean, Va.-based company, said in an e-mailed statement. InterContinental Hotels Group , the owner of the Holiday Inn and Crowne Plaza brands that last week agreed to buy Kimpton Hotels, also said it will monitor the situation. “President Obama’s announcement on the U.S. and Cuba re-establishing diplomatic relations is quite fresh; therefore, we will continue to assess how this impacts the hotel sector, broader travel and tourism industry and our business for the short- and long-term,” the Denham, England-based company said in a statement Wednesday. Possible claims from companies and individuals that had their properties seized by the Cuban government will add to the lengthy mending process, said James Gueits, a partner at Miami-based law firm Levine, Kellogg Lehman Schneider & Grossman. “It will likely be part of any normalization of relations with the island,” Gueits said in a telephone interview. “It will be one piece of an overall framework necessary to reform the entire legal system.” The property laws have to be clarified to make foreign investment possible for developers, according to Armando Codina, chairman of Codina Partners LLC, a real estate investment and development firm based in Coral Gables, Florida. Codina is a Cuban-American who came to the U.S. in 1961 at age 13. “Forget about my roots and heritage for a moment,” Codina said. “I wouldn’t invest in Cuba because there is no constitution, no rule of law, no respect for property rights.” Codina, a director of home-improvement retailer Home Depot and formerly a board member at American Airlines, said there “is a lot of money” that may flow into the country from other investors and consumer-oriented companies. “Companies will want to go there,” he said. “But for developers, it will take time.” For Fortune’s Defortuna, whose company’s current projects include the Jade Signature condo project in Sunny Isles Beach and the Hyde Resort & Residences condo-hotel in Miami with Related Group, investment in Cuba would require getting comfortable about the safety of property ownership in the country. His company is exploring how the agreements Cuba has in place with foreign hotel chains could apply to any U.S. business, he said. “What may drive developments in Cuba, in addition to its proximity to Miami and its natural beauty, is the memory that it was really a happening place in the ’50s and ’60s,” Defortuna said. “It was this fun place where you would stay up late and party all night. Cuba has some very unique characteristics and that may ultimately draw investors and to overcome all these obstacles.” With assistance from Ezra Fieser in Santo Domingo, Dominican Republic.